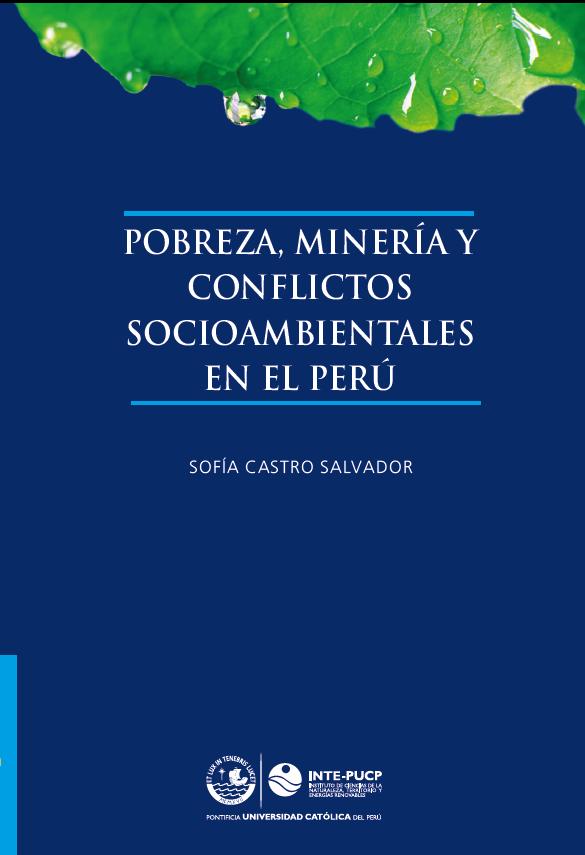 It analyzes socio-environmental conflicts in the country between January 2008 and January 2009. It also studies the main social, economic and environmental characteristics of districts where conflicts occur (poverty level, economically active population, population size, altitude, actors, among others). These conflicts, related to the presence of mining extractive industries, generate great fears, since the space they occupy or require overlaps or competes with territory ancestrally used by the populations for their livelihoods.

By your acceptance you authorize Pontificia Universidad Católica del Perú (hereinafter, PUCP), located at Av. Universitaria 1801, San Miguel, Lima, Peru, through the Institute of Natural Sciences, Territory and Renewable Energies (INTE), to, indefinitely or until you revoke your consent, use your registered email through this box in order to send you information about its activities at large, news, novelties, offered services, among others. Your email will be exclusively used for this purpose, always guaranteeing the security measures established in Law No. 29733, Personal Data Protection Law, and its regulations.

Your email will be stored in a database owned by PUCP and will be confidentially treated. The aforementioned purpose may be carried out directly by PUCP or by a third party. In any case, any necessary measures will always be adopted so that this fact does not affect the security and confidentiality of your information. Your authorization is required to carry out the activity described here, which cannot be fully carried out in the event of refusal. You have the power to exercise any of the rights provided in the Personal Data Protection Law, free of charge, by sending a communication to the email proteccion.datos@pucp.edu.pe.